Stopping and growing, in Guatemala 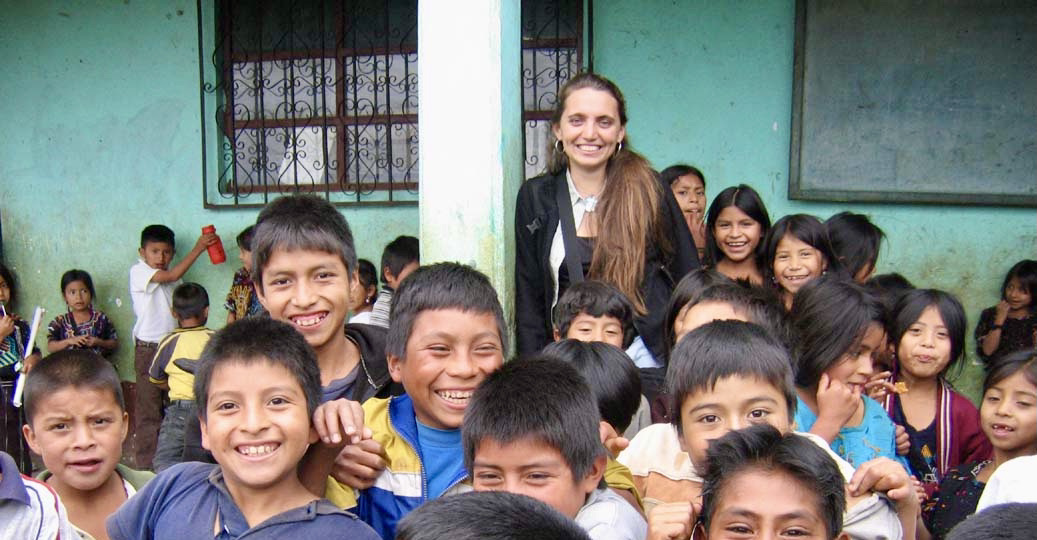 You see them out the window, as your bus rolls on through a thick afternoon. Hours behind you and hours still to go before you reach your destination, the town on your ticket whose name you already knew. But before you get to that known There, you pass through the unknown Here, over and over again—these nearly nameless towns you see outside the window as your bus rolls on toward sunset. What is life like in these places? These people don’t work in tourism, there is neither performance nor pretense in what they wear, sing, and eat. You and I, we want to stop, we want to get to know these towns, but we don’t have the necessary years, dedication, and determination to give. Besides, we tell ourselves, they might see us as interruptive outsiders and likely don’t have a hotel anyway. So we don’t stop.

My friend Katie Morrow stopped. In the remote highland town of Chajul, Guatemala, where Maya traditions run strong, but the benefits of the modern world are few, she made friends with a local named Pedro Asicona. In 2004, they started a scholarship program for motivated kids who wanted to stay in school. I could tell you now about the rampant poverty, the illiteracy, the lack of water and food, or the decades of government-backed genocide, but those are not the stories that Katie and the people of Chajul are working to create. Instead, I like talking about what the scholarship program grew to be.

Limitless Horizons Ixil (LHI) grew up, and now has a lot of stories to tell. Of local kids getting to stay in school longer than they ever would have otherwise, working hard, and graduating, maybe even going on to university, and coming back to Chajul to work with LHI for the benefit of their community. Or the community library they built, which had 316 new users in 2019 alone. Tales of emotional support and psychological services, alumni testimonials, and grinning graduations. Or the tougher details of how Covid’s pernicious knack of hitting the most-vulnerable people the hardest has been true in Guatemala too.

But I’m going to give you a sneak peek behind the scenes, the insider story, the cutting edge of hope in Chajul. Because as inspiring as LHI’s work is, part of me has always felt a weight, derived from my experience of schools in various developing countries. Deep inside, a voice whispered that, while sending a kid to school is inherently good, it’s less effective when the school itself is crummy. And the worst part, the way gender-based violence persists in impoverished areas, left me wondering at the full picture. LHI is meeting this problem head on.

Limitless Horizons Ixil is building a new school. When I heard that, I was taken aback. What a colossal undertaking! Was that really possible? During a Zoom session a few days ago, I heard about the way they’re finding and developing local teachers who understand the community’s needs firsthand, how they’re structuring the school as majority female students and staff to provide the most safety and benefit, and the immense progress they’ve already made. Construction has begun, and they’re planning to start classes in January.


These are rough times, when the discomfort of a long bus ride sounds like paradise, and I recommend staying in touch with LHI and their beautiful work. Plus, on the off chance that you have a few dollars to spare, I highly recommend participating in their sponsorship program. I’ve sponsored students through LHI for years. I’m currently on my third student, and following the growth of these remarkable young people has been a regular source of joy and optimism in this world of widespread troubles. I’m eager to get back on one of those buses and see towns like Chajul for myself again. But before and after that happens, it’s good to know that people are doing the good work.

Tim Tendick is a travel writer and Rick Steves guide whose work can be read at www.patreon.com/TimTheGuide.